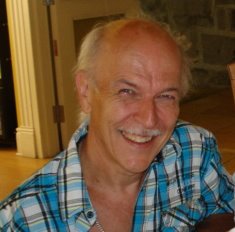 FOR CARDINAL SEBASTIAN: GOD made a "mistake" with HOMOSEXUALITY.
For us VATICAN still MAKING a mistake: unpunished PEDOPHILIA

It is with much concern that we read your comments about “homosexuality being a deficiency” like hypertension which can be cured “with the right treatment”. We consider that the true deficiency is in the information received during your catholic indoctrination, which has led you to this irrational and mistaken conclusion. Today in the 21st century, the era of science, any comment we wish to make must stand up to rationality and be backed by science, which is an expression of love.

Homosexuality is a natural expression among human beings and animals, just like bisexuality and heterosexuality. The big problem is to force everyone to have the same sexuality which, oddly enough, you will never know due to your vow of celibacy. Unfortunately, many members of the catholic clergy have discovered their sexual preference by sexually abusing children - we hope this is not your case.

If you were homosexual, would it make sense, from that perspective, to consider treatments for heterosexuals? Did heterosexuals choose their sexual orientation? Of course not, as that orientation is also natural. If you read medical and scientific research rather than mystical theory, you will see that it clearly demonstrates that homosexuality is innate, and therefore no treatment is needed.

We highly recommend you to read “The Biology of Homosexuality” by Dr. Jacques Balthazart, the leader of a research group in behavioral Neuroendocrinology, in which he concludes that one is born homosexual and that homosexuality is not a choice of life. Many other scientists before him reached the same conclusions.

Some studies state that most humans are bisexual, and this to various degrees. Therefore, most men are partly homosexual and partly heterosexual, and the same applies for women, all this to different degrees. No one has chosen - this is innate, in the same way as we neither choose our body, our face, nor the colour of our skin. All this is part of genetics .

Kindly remember that the Catholic Church has been wrong in many cases throughout history. Remember when the Vatican was saying that the Earth was flat with the sun turning around it. Obviously, today we know the true facts thanks to science, but the damage done by the Church, based on those beliefs, was huge and irreparable; remember the murder of Giordano Bruno, under the ruling of the inquisition, burnt alive at the stake because he said that the universe contained an infinite number of inhabited worlds populated by other intelligent beings.

With your comments on Homosexuality you are committing the same mistake and causing the same damage. Many people in the world commit suicide because of their catholic religious education, as they don’t accept who they are, thinking they are “god’s mistake”. And you know that this is not true! We do not consider wise such statements by a Cardinal, in regards to homosexuality, even if you are 84 years old.

Moreover, we are concerned with your comments suggesting that your position in regards to homosexuality be the same as that of Pope Francis. If that were the case, the Pope would have been a huge hypocrite in his declaration, made in July 2013, when he said “who am I to judge [gay people]?” Therefore, knowing beforehand the thoughts you profess and having appointed you Cardinal, to play such a major role in the Church, confirms that Pope Francis simply uses double standards of morality.

Thousands of Aramis-International members are joining me to affirm that their sexual orientations is innate and that they never chose.

We recognize the Founder and spiritual leader of www.ARAMIS-International.org MAITREYA RAEL, as the last prophet sent by the Elohim: Our creators who have been mistaken for gods by primitives. They are an advanced civilization of extraterrestrial scientists who have created us in their image and their resemblance. So they look like us and we look like them.

We invite you to read the Message of the last prophet www.rael.org