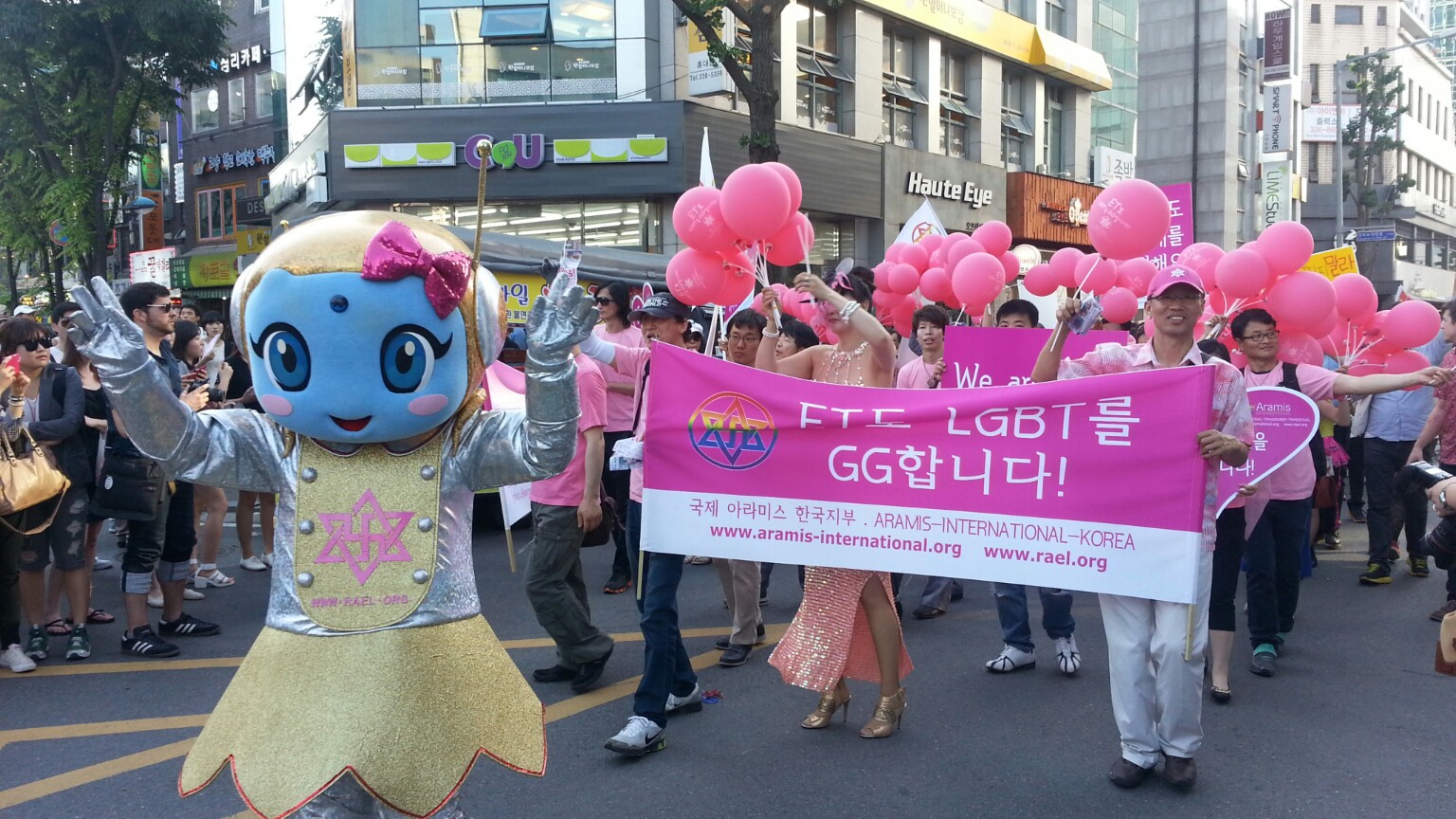 ARAMIS-International KOREA members illustrated themselves at the Korea Queer Festival in Seoul on Saturday june 1st 2013 (67AH) . An estimated 1,500 people walked along the HondGae Street (홍대 걷고싶은거리) in downtown Seoul. The annual Korea Queer Culture Festival in Seoul is one of Asia's longest-running gay and lesbian pride events.

Among the participants, a group has widely stood out in the crowd by his enthusiasm and joy of living: ARAMIS-International Korean Members (Raelian Association of Sexual Minorities) joined the parade to show their solidarity with sexual minorities in Korea but also to make known to all LGBT, the message of love from those who created us.

They were distributing leaflets, claiming that scientists from another planet created life on earth thousands years ago, thanks to a perfect mastery of DNA. So there is no GOD !
By doing this, those scientists knew that all possibilities were in the infinite and they knew that all forms of sexuality and sexual attractions would exist.

Science now demontrates that sexual orientation is innate , not a choice. And even more, we know that most humans are bisexual to varying degrees ... with masculinity and femininity as well.

"Believing that we are..all…heterosexual is an illusion ». Maitreya Raël

We are all part of sexual diversity, like there is an infinite variety of flowers on the planet without any of them trying to dominate others.

This is with the most complete pleasure and joy that ARAMIS-International Korean members have conveyed these slogans to spread the message of love given by our creators ELOHIM to Maitreya Rael.

His mission : to build an embassy to welcome them with dignity, respect and LOVE.

Congratulations to The ARAMIS-International team in Korea and their leader : Lian